Skip to content
Home » Skype For Desktop Gets Noise Cancellation Feature: See How to Activate It 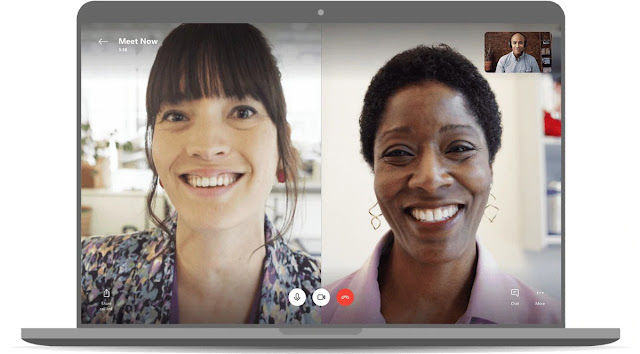 Skype the popular video and voice calling app has been embedded with a slew of updates and features ever since the lockdown phase in last year. The major goal has been sorely on providing tools that make the user’s voice and video experience better and more enjoyable. Now the company has added yet again another feature to its by introducing an AI-enabled noise cancellation feature to the desktop version of app.

Meanwhile, In a recent blog Publication, published by the company which stated as follows

“We are pleased to announce the release of our latest background noise suppression feature in the Skype desktop app. Originally developed for Microsoft Teams, this new feature is designed to silence just about everything except for your voice when you’re meeting on Skype,”

This all means that the AI was sorely designed for the Microsoft Teams but by extension extended to the Skype for desktop version.

Also Read- How To Share Screen On Microsoft Teams

How To Activate Noise Cancellation on Skype

The feature can be activated by following the simple guidelines as outlined below1. Navigate to the Settings option on the desktop version of the app, Next while in the In Settings, go to the Audio and Video option.

How Does The AI Work?

It is interesting to know that this feature will analyse your audio and used deep neutral networks to remove the noise in the background without affecting the speaker’s voice. Furthermore, the technology is different from conventional noise cancellation tech as the previous one cannot differentiate when it comes to more complex noises like typing on the keyboard for example.

In addition, the blog publication went on further “This technology relies on machine learning (ML) to learn the difference between clean speech and noise and is frequently referred to as artificial intelligence (AI). A representative dataset is used to train the ML model to work in most of the situations our Skype users experience. There needs to be enough diversity in the dataset in terms of the clean speech, noise types, and the environments from which our users are joining online calls,” .

According to the company, “we used up to 760 hours of clean speech data and 180 hours of noise data in its training module. Most of the noise data that it collected included sounds in different scenarios including snoring, running water, keyboard typing, and more”.

As we know it this is great update to skype and the Microsoft teams. We would like to hear your thoughts on this below. kindly leave comment below and don’t forget to like and share this article with your friends. Do remember to subscribe to our blog feed to get the latest updates and publications as we release them.

LG To Shuts down Smartphone Production in July And focus on Smart Home, Robotics