The Video Conferencing Application, Zoom intends to roll out support for automatic closed captioning to all free accounts in its database. This is a result of its plans to enhanced the accessibility of Zoom. According to a blog post in the  company’s official website which announced that all free account holders will thus be getting this feature when it rolls and are free to request the service before hand. Meanwhile, Zoom is allowing users to manually request access to the Live Transcription feature via a Google Form linked to in its announcement.

Public Version Of Kodi 19.0 “Matrix” Released – See Major Features, How to Get it

However auto transcriptions is not entirely new Zoom feature as this service has earier offered AI-powered live transcription for all those on paid accounts. Nevertheless, meeting hosts have had to manually add their own captions, or use a third-party service. Hence with this feature update, the feature will become accessible to the millions of Zoom users that rely on its services for free. Furthermore, A Zoom support page states that its Live Transcription feature is currently only available in English. 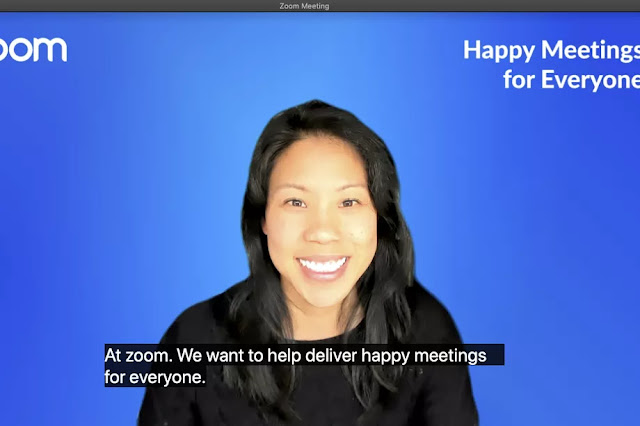 Nevertheless, Automatic closed captions are also available with other video conferencing services like Google Meet. Thus with the wide range coverage and usage of Zoom, it has thus become the most used video conferencing service app since the start of the Covid-19 pandemic, however, it’s great to see it adding more accessibility features. Prior now, previous  efforts of Zoom to make the app more accessible have included allowing meetings to pin and thus spotlights interpreters on a call, as well as adding screen reader feature too.

Skype For Desktop Gets Noise Cancellation Feature: See How to Activate It