Skip to content
Home » The most anticipated movies of 2021

Below is the list of the most anticipated movies of 2021, and well, movies you should watch out for too.

Coming to America was first released in 1988. It is a romantic comedy film which evolved around the story of the prince of Zumunda. He wanted to find love after his parents planned to arrange a bride for him and he moved to New York to find a woman who loved him for who he is and not because of his status. Coming to America was a global hit because of how extremely relatable the story was. On January 11, 2019, it was announced that the sequel of the movie- Coming 2 America was already in production.

Actor Eddie Murphy would reprise his role as the prince of Zumunda and Nigerian-American singer Davido would also star in the movie. The film is scheduled to be theatrically released on December 2020, but due to the covid-19 pandemic, Amazon studios brought the distribution rights and will release it digitally on Prime Video on March 5, 2021

2    Pirates of the Caribbean

Pirates of the Caribbean is one of the greatest movie series of all time. The franchise has a total of $4 Billion and is the 14th highest grossing movie of all time. The movie is based on the book series of the name. It follows the adventures of Captain Jack Sparrow, a notorious pirate and sea lord. Jack Sparrow is met with different tribulations in each of the films; from getting back his ship from his Mutinous mate, saving himself from undead pirates and getting the heart of Davy Jones locked in a chest. The series couldn’t get more interesting…

One of the things that makes Pirates of the Caribbean a wonderful series is the fusion of Comedy, Adventure, Drama, Action, Martial art and Romance. It creates a blend that makes us wanting for more, and luckily, it has been revealed that its next franchise is under production although full details have been withheld. What we know is that super talented actress Margot Robbie is set to star in the movie, bringing more girl power to the table. Below is the chronological order of the film series:

King of Boys marked a great turning point for Nollywood, we saw a movie that paid great attention to storyline, action, screen writing and direction. The 2018 film shook Nigerian Cinemas and theaters abroad. Its total domestic gross was around #245,000,000, and even though it didn’t surpass movies like ‘The wedding party’ or ‘Chief Daddy’, it was applauded for sustaining audience’s interest for three hours!

I never knew it was so long until I finished seeing it in the cinema and I was like ‘Don’t tell me it’s over!’ Then, I was tempted to go in and see it again but it was late.

“King of Boys tells the story of Alhaja Eniola Salami (played by Sola Sobowale), a businesswoman and philanthropist with a promising political future. She is drawn into a struggle for power which in turn threatens everything around her as a result of her growing political ambitions. To come out of this on top, she is caught up in a game of trust, not knowing whom really to look up to, and this leads to her ruthlessness”

Kemi Adetiba, the director of the movie, disclosed that the sequel King of Boys 2, is ready and is set for Netflix release this year. But she has been so mum about the release date and we have been over the edge. She has even received threats for not disclosing the release date.

Spider man: No way home is the third of the spider man Marvel franchise. Spider man has always been a delight to watch no matter how many times it has been re-made. The movie series is simply ageless and endlessly thrilling. Although one might agree that Spider man homecoming was way better than Spider man far from home. Still, it doesn’t mean that the movie series will not always have a place in our heart. 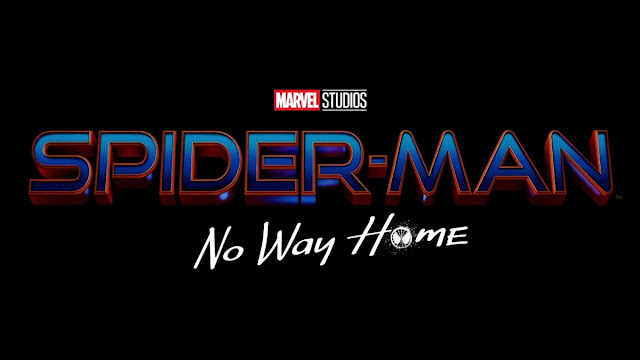 Spider man: No way home will not be released until December, at least that is all we have heard, and according to spider man (Tom Holland), it is the ‘Most ambitious standalone superhero movie ever made’. Close to no details have been given concerning the storyline but we know it will be better because it might be the last of the Spider man franchise under Marvel.
Related: Tom Holland says his spider man contract with marvel is up

I have always looked out for movies of Chris Hemsworth because of how talented he is, and when I saw ‘Thor: Ragnarok”, I became a fan of the Thor series. “Thor: Love and thunder” is the third under the Thor franchise. It was preceded by: “Thor”, “Thor: The dark world” and “Thor Ragnarok”
Thor generally follows the story of Thor, an arsgardian prince who was once cast away from his home because he was thought irresponsible and unworthy by his father.

Thor must not always prove his worth, but protect his kingdom against his sister- Hela the god of death and also against enemies seeking to destroy the empire. Thor is a delight to watch and its traditional setting gives it a form of believability and thrill.
This post was originally published at The Scoove Africa
Latest Update

The Falcon And The Winter Soldier (2021)