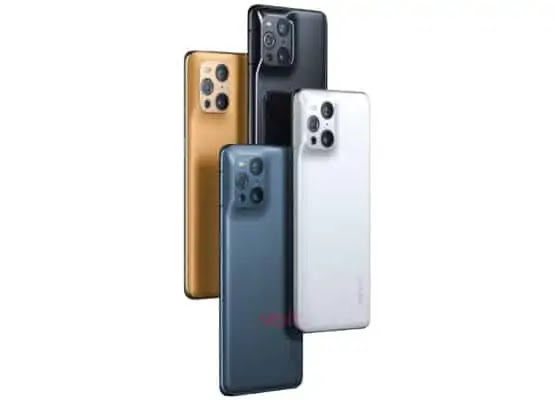 Oppo has a new Flagship in the making, the OPPO Find x3 pro Variant which happen to be the company’s upcoming flagship, meanwhile its launch date has just been unveiled as this information comes from Jon Prosser on twitter, happen to be a leaker of upcoming flagship. Prosser who no doubt shared more light along with it in public Unveil.

However, the tipster Prosser  stated that the Oppo’s  Find X3 which happen to be a flagship will be announced on March 11, as he also related on twitter that pre-orders will start from March 31, and that the phone will be made available come April 14.

Meanwhile this information notice doesn’t apply to the company’s Find X3 Pro only. In light addition, Oppo plans to unveil two new devices devices in addition with it, the Find X3 Lite and X3 Neo as well. Which in regards these two phones will be inferior to the X3 Pro no doubt.

The pre-order, announcement, and launch date information applies for all three smartphones, moreover, Having stated that, the OPPO X3 Pro is the most outstanding and enhanced smartphone out of them.

Furthermore, handset will headspear OPPO’s entire lineup for the foreseeable future. The OPPO Find X3 Pro did leak in both renders and real-life images thus far. Even some information regarding its specs surfaced.

The company’s Find X3 Pro is expected to feature a 6.7-inch display, and thus probably looking at a WQHD+ panel with a 120Hz refresh rate (adaptive). The device is expected to launch with Snapdragon 888.

The phone will offer a rather odd-looking rear camera housing, that will gradually raise from the phone’s rear side. It looks a bit weird, but also unique at the same time. The phone will likely be made from metal and glass.

Furthermore, both the phone’s main and ultra-wide cameras will include Sony’s IMX766 50-megapixel sensor. In addition to that, OPPO will include a 3-megapixel macro lens, and its 25x zoom enables it to be positioned and as an on-device microscope. Which quite interesting, and odd, at the same time.

The fourth camera housed at the back of the device, will be a 13-megapixel telephoto unit, with 2x optical zoom capability. It seems like OPPO gave up on a periscope unit, at least for this smartphone.

Lastly the device is expected to launch with Android 11 out-of-box thus pre-installed along with Color OS 11.2. The phone is to utilizing a 12 GB of RAM and 256 GB of internal storage.

More Info regarding the Oppo Find X3 and it’s launch including where to buy and price will be unveiling soon. Do well to subscribe to our blog so you don’t miss the updates as it’s published.
Meanwhile, we would like to hear your point of view on the Oppo find x3 smartphone, kindly leave a heartfelt comment down in the commentary section below.
Latest Update

Motorola Moto G100 Image View From All Angles Prior To Launch