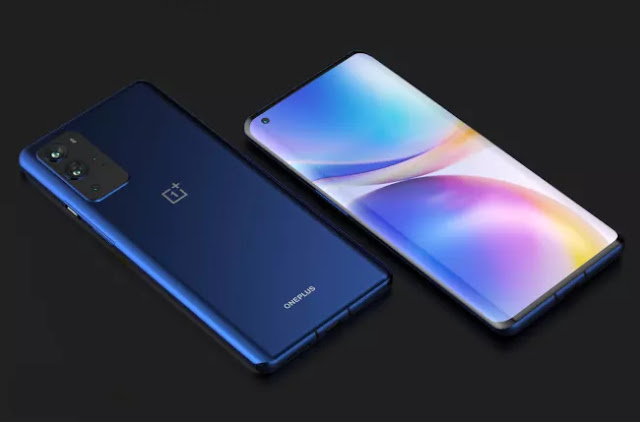 In line with the recent leak, The OnePlus 9 Pro could get a welcome upgrade to its display.

OnePlus’ next Pro smartphone is going to use the same kind of variable refresh rate display that we’ve observed on the Samsung Galaxy S21 Ultra. Hence in theoretically sense, this will match Samsung’s and thus compete with the new device for battery life and screen smoothness.

LTPO (Low-Temperature Polycrystalline Oxide) is a type of backplane, at the down layer of a smartphone display. Its design sole means that compared to traditional OLED screens it utilizes less energy and can change its refresh rate regardless whats the smartphone’s used for at that particular time, thus doing away with  the need of additional hardware.

Users may have foreseen OnePlus to use LTPO technology, given the tech company’s huge strategic  marketing around speed and enhace user interface. Hence, That suspicion was confirmed thanks to a tweet from a leaker Max Jambor who posted it on twitter.

In compression to the Galaxy S21 Ultra, the OnePlus 9 Pro will use a 120Hz maximum refresh rate. As at now, we don’t know the minimum refresh rate OnePlus will use, although he S21 Ultra can drop to 10Hz, which gives us an idea of what’s possible but we can’t accertain  without more stipulated info.

A response from Jambor to a comment on his original tweet suggest that the OnePlus 9 Pro’s display will have a QHD resolution which is the same as the OnePlus 8 Pro from previous year, and the S21 Ultra from Samsung.

Meanwhile, the other Samsung Galaxy S21 models also offer a variable respond rate, with a higher minimum refresh rate. Maybe if noted, this is what we are going to see on the basic OnePlus 9. The OnePlus 8 previous year had a 90Hz respond rate display, thus with the upgraded OnePlus 8T upping that to 120Hz. In all expectations, we might see a successor to the 8T instead of the original 8.

In addition, OnePlus 8 Pro is on our list of best smartphones and overall best phones. Hence that’s where we’d expect the OnePlus 9 to be at it arrival which is likely to be around around April or May.

Meanwhile, with some of the other changes rumored for the phone, such as the new Hasselblad-tuned cameras, a Snapdragon 888 chipset and the OnePlus 8T’s 65W charging, it is expected to see the device climb the ranks and prove a dangerous competitor for Samsung’s.