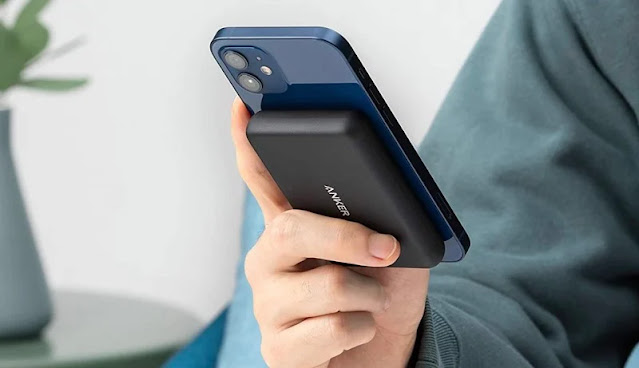 After several rumours of the upcoming Magsafe wireless power bank in the making at apple for its grand model iphone 12 its has been officially confirmed as the company which is one of the worlds  popular accessory inventors and producers. Meanwhile Anker has beaten Apple to the punch with the launch of its suppose called PowerCore Magnetic 5K Wireless Power Bank.

Where to buy the Anker PowerCore wireless Powerbank

Currently, Amazon is issuing out the PowerCore Magnetic 5K Wireless Power Bank for $39.99, with orders placed now estimated for delivery in mid-April, you can order yours at amazon as at the moment. click here to buy from Amazon.

SmartcoreTech is on affiliate partnership with Amazon which means that we happen to get a commission when you purchase/buy product using our link. this thus goes a long way to support us in keeping the blog running.

Other Posts: How To Speed Up Your Android Device

How To Limit Data Usage And Consumption On Window 10

Moreover, a contributor at MacRumors named Steve Moser recently made a discovery of a code-level showcase to a “battery pack” in the iOS 14.5 beta, this was again followed by a report from Bloomberg’s reporter Mark Gurman who claimed that Apple is working on a MagSafe battery pack for iPhone 12 models. The report says that the company has faced some critical setbacks with the development, Nevertheless, this may perhaps lead to its release been delayed or scrapped entirely.